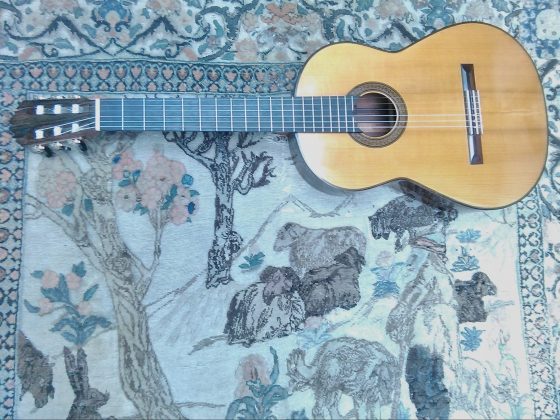 In 1969 I was studying classical guitar with Peter Scott at the Guildhall School of Music and Drama. I needed a new guitar and Peter Scott recommended I order a handmade guitar from David Rubio who was then working in Duns Tew, Oxfordshire.